we are pleased to announce that the Nostalgic Synchronic CD release concert will take place on October 6 at (Le) Poisson Rouge in New York City. the program will include: So Percussion performing “120bpm,” from neither Anvil nor Pulley; several preludes from Bach’s Well Tempered Clavier, performed by the extraordinary pianist Cristina Altamura; Dan, on Hardanger fiddle, performing a couple traditional tunes that served as direct inspiration for one of the Nostalgic Synchronic etudes; and finally, of course, Adam performing the etudes themselves. 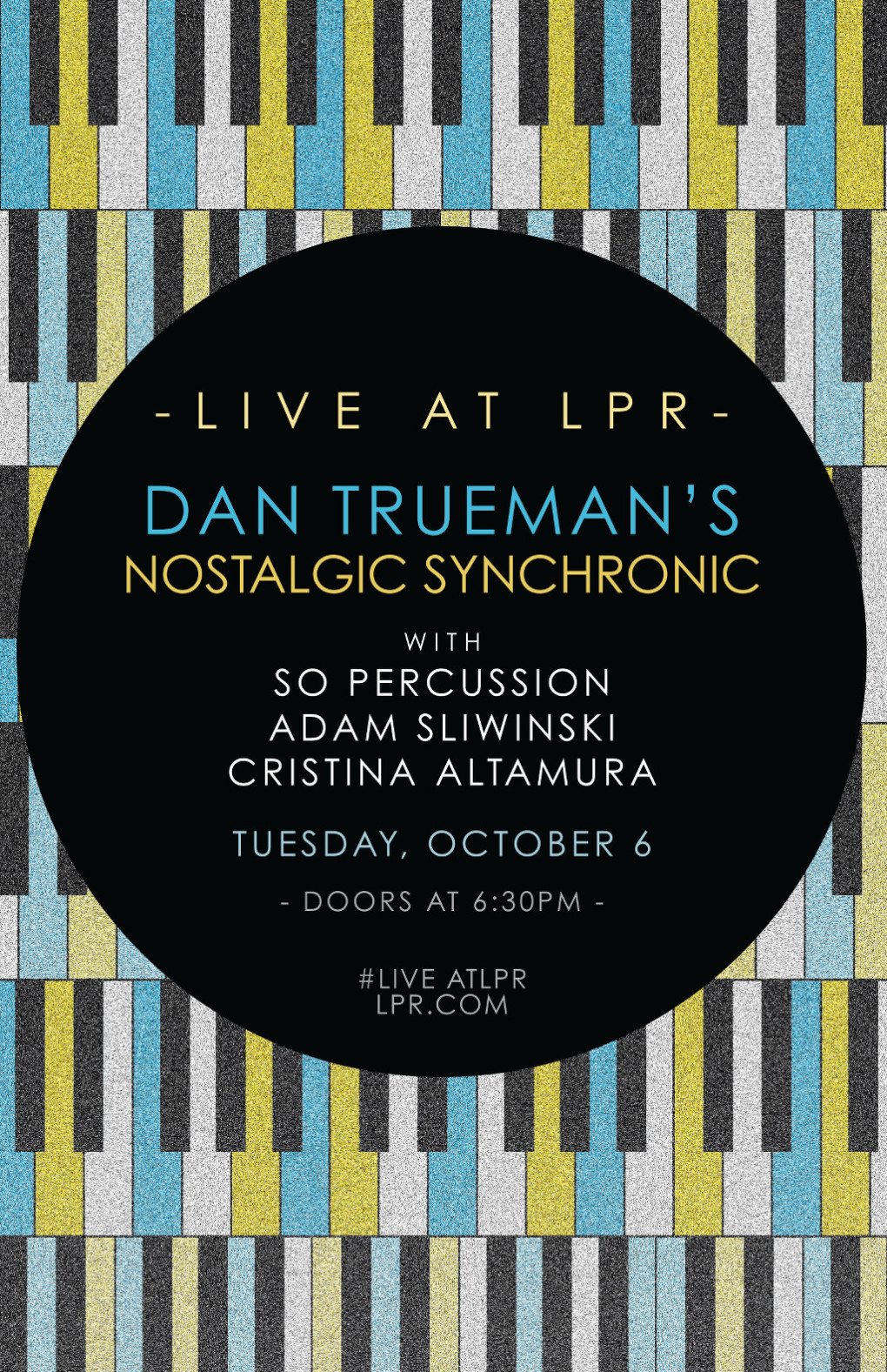